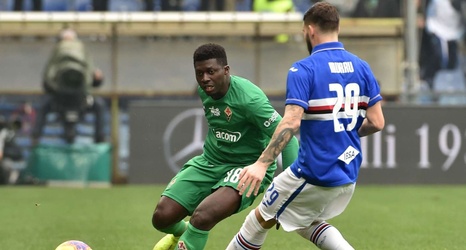 Alfred Duncan has expressed satisfaction at scoring his first goal for Fiorentina in Sunday’s 3-1 Serie A win at relegated SPAL, describing it as a 'personal satisfaction'.

The Viola headed into this game without any fears of relegation and took charge as the 27-year-old – who is on loan from Sampdoria, opened his account in the 30th minute.

The home side equalised via Marco D’Alessandro nine minutes later and it remained 1-1 until the closing stages of the game when Christian Kouame and Eric Pulgar (penalty) both found the back of the net.