FIFA 22: Who are the worst teams to play with in the new game? 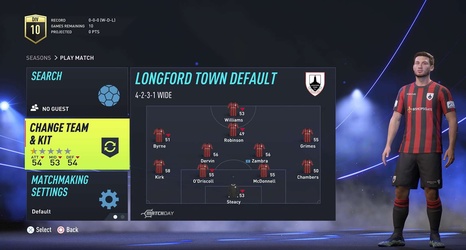 Want a challenge in FIFA 22 Career Mode? Looking to give one-star teams a try in Online Seasons? Just want to have fun with your mates using terrible teams?

At one end of the spectrum, Paris Saint-Germain and Manchester City are super teams with overall ratings of 86 and 85 respectively.

At the other end, numerous League of Ireland and Indian Super League clubs are one-star rated. Longford Town are the worst team in FIFA 22 with a 55 overall rating.