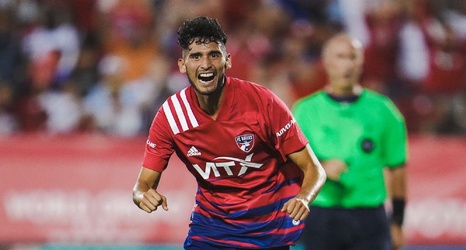 FC Dallas striker Ricardo Pepi became the youngest player in MLS history to net a hat-trick on Saturday as the teenager led the way in a one-sided win over the LA Galaxy.

Pepi netted three of FC Dallas' four goals in the 4-0 win over the Galaxy, with each of the striker's finishes coming within 50 minutes.

As a result, at 18 years and 196 days old, Pepi broke a record previously held by former Vancouver Whitecaps attacker Kekuta Manneh, who scored a hat-trick of his own at 18 years and 283 days old.

The teenager's first goal came in the 27th minute, giving the hosts a 1-0 lead over the visiting Galaxy.