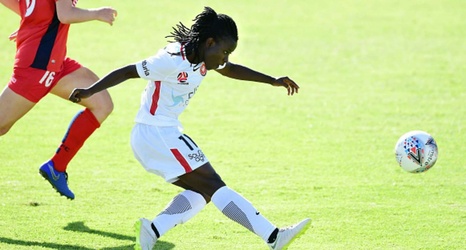 The 27-year-old became a free agent after breaking ties with Chinese Women's Super League champions Jiangsu Suning following her inability to reunite with the Asian side due to the coronavirus.

The Black Queens captain spent her last season with the Chinese side, helping them to three major titles and a runners-up spot in the maiden Asian Women's Club Championship in 2019.

During her spell in China, she scored five goals and provided seven assists in 14 league outings and was nominated for the second time for the 2019 African Women's Footballer of the Year award.