Elanga and Pereira wondergoals give Solskjaer dilemma: What we learned from Manchester United draw with Brentford 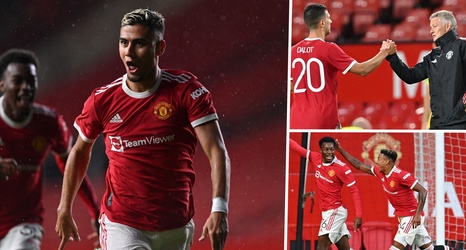 Manchester United were back at Old Trafford for the first time since the final home game of the last campaign as they faced Brentford on Wednesday night.

This was United’s third pre-season fixture with a win against Derby and defeat to QPR proceeding it. Games against Preston North End at the weekend and Everton the week after complete their schedule - but it will be hard to top the level of goals on display on Wednesday.