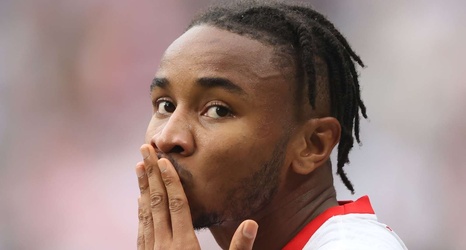 RB Leipzig manager Jesse Marsch claimed Christopher Nkunku ‘has no weaknesses’ following his impressive performances for the Red Bulls in the 2021-22 campaign.

So far, the former France youth international of Congolese origin has contributed six goals in eight matches across all competitions for the German elite division side.

In Leipzig’s 6-3 defeat to Manchester City, the 23-year-old got a treble and, in the process, became the first player from the club to score a Champions League hat-trick as well as the second player to find the net thrice against the Citizens.