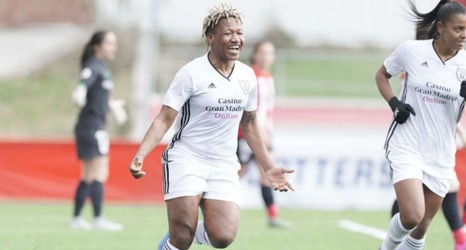 Madrid CFF coach Oscar Fernandez has hailed Rita Chikwelu for her industrious contribution to the Spanish team this season.

After almost a decade in Sweden, Chikwelu joined the Spanish outfit from Damallsvenskan side Kristianstads on an initial six-month contract before signing a one-year extension last summer.

The Nigerian, who turned 33 on March 6, has scored five goals in 25 league outings for the Spanish capital-based outfit since her arrival in Spain in January 2020.

This season, the Super Falcons star has scored once in 18 appearances so far, with her only goal coming against Real Betis and has continued to feature prominently in the team's current campaign.