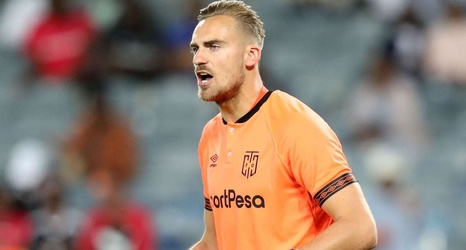 Cape Town City goalkeeper Peter says if he wants to achieve more in his career, the best move would be to go back to the Netherlands where he is linked with Eredivisie side FC Groningen.

Since arriving in South Africa in 2018, Leeuwenburgh has established himself as the number one goalkeeper at Cape Town City and this season he has featured in all their Premier Soccer League games.

Reports suggest that the goalkeeper was due for a Groningen medical on Tuesday.

If the move is successful, he would link up with former Chelsea, Real Madrid and Bayern Munich attacker Arjen Robben at Groningen.