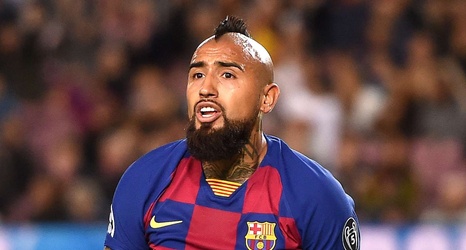 Vidal's contract at Camp Nou runs through the end of the 2020-21 season and the 32-year-old has been linked with a move away from Spain recently.

The Chile international nearly moved to Serie A in the January transfer window, with Inter general manager Beppe Marotta confirming his club’s interest.

Though the move didn't materialise, it appears Vidal could still be on his way out of Barcelona in the near future.