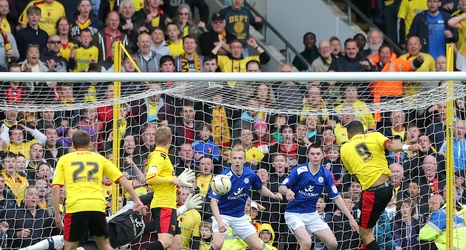 On May 12, 2013, Watford FC hosted Leicester City in the 2nd leg of the EFL Championship playoff semifinal. Down 1-0 on aggregate, Watford was looking to find a way to come back and win the second leg to advance.

The site was Vicarage Road, Watford’s home, and on the line was a trip to Wembley Stadium for the playoff final, more affectionately known as the “Richest Game of Football.” Watford was seeking to return to the Premier League for the first time since 2007. Promotion came with a windfall of approximately £170.3 million for a club, but not getting there meant another offseason of thinking about what could have been.