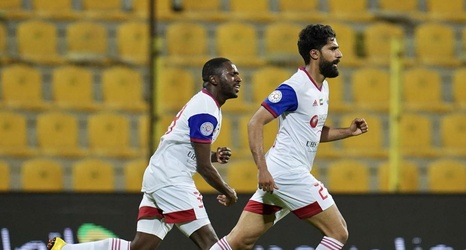 Bani Yas moved to the top of the Arabian Gulf League (AGL) table with a narrow 1-0 win over Hatta at the Bani Yas Stadium on matchday 22.

Nicolas Gimenez scored for the hosts in the 28th minute in a match that was closely contested where chances came at a premium.

In the second half, the visitors dominated proceedings but failed to find the equaliser, against a high-flying Bani Yas who recorded their fifth straight win of the league. They are now on 48 points, one ahead of Al Jazira who still have a game in hand.