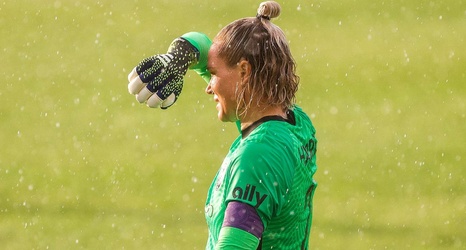 The league was forced into an early kickoff to accommodate a slot on national television, which has not gone down well with several players

Several NWSL stars including Ali Krieger, Ashlyn Harris and Jess Fishlock have hit out at the league's decision to host the 2021 NWSL Championship on a turf field with a 9am local kickoff.

The league announced over the weekend that Providence Park in Portland would host the match on November 20, with the kickoff set for noon ET to accommodate a national TV slot on CBS.

With the game taking place on the west coast, however, that kickoff time translates into an early-morning start for the biggest game of the season, which did not sit well with several players.