A star in Eredivisie - but does Odegaard really have a future at Real Madrid? 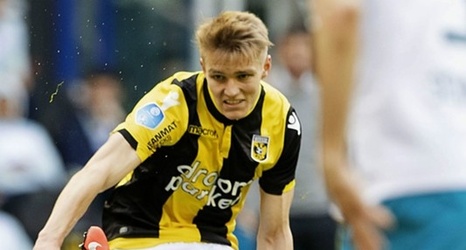 The one-time teen prodigy has been in superb form for Vitesse this season, but will he ever deliver on his potential at Santiago Bernabeu?

It is not normal for Real Madrid to unveil every player they acquire for their academy, but back in January 2015, Martin Odegaard was no ordinary youth signing. Aged just 15 and having spent months travelling around Europe's biggest and best clubs, the Norwegian teenager landed in the Spanish capital to huge fanfare and celebration from both outside and in, with the Blancos having beaten Liverpool, Arsenal, Bayern Munich and the Manchester clubs to his signature.