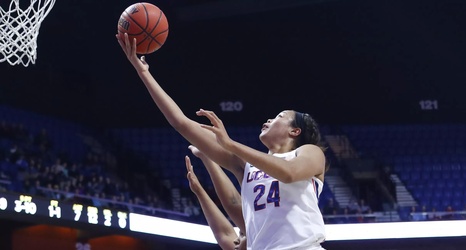 Behind a strong performance from its bigs, UConn women’s basketball defeated the ECU Pirates in the AAC Tournament Quarterfinals, 92-65. The Huskies advance to the semifinals, where they will play the USF Bulls.

Napheesa Collier and Olivia Nelson-Ododa dominated the paint for the Huskies. Collier scored a season-high 37 points, 29 of which came in the first half, to go with 13 rebounds. Nelson-Ododa started in the place of the injured Katie Lou Samuelson and notched 17 rebounds and five blocks in 36 minutes, all career-highs.

Both teams got off to a sloppy start as they missed a combined six shots.