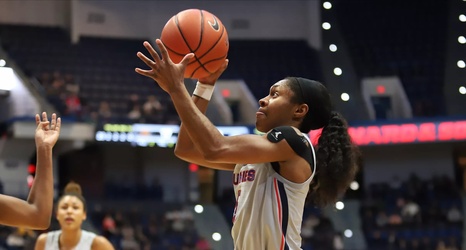 Playing its second conference game of the season Thursday night, UConn women’s basketball posted an 83-55 victory over the Wichita State Shockers at home.

Crystal Dangerfield played one of her best games of the season, scoring 22 points to go along with seven rebounds and five assists while turning it over just once. Megan Walker scored 21 points along with seven rebounds and five assists as well in her seventh 20-point game of the season. Olivia Nelson-Ododa tied her career-high with seven blocks while also chipping in 13 points and nine rebounds.

As a team, UConn dominated the glass with a 41-23 rebounding margin.