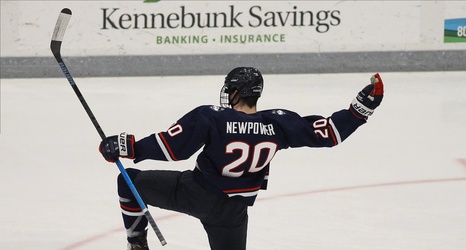 Mike Cavanaugh sat in his office surrounded by the memories of UConn men’s hockey’s best moments in Hockey East. On one wall hangs a panoramic shot of a near-capacity crowd at the XL Center for the Huskies’ first ever Hockey East game, a magical 1-0 win over Boston College.

On another wall, a framed collage of photos from UConn’s 5-4 overtime win against BU during the 2017-18 season, a game which capped a seven-game win streak for the Huskies — the high water mark so far for the young program.

And that’s it. Well, not exactly, there’s some other memorabilia scattered around, but nothing that commands the space of those two games.