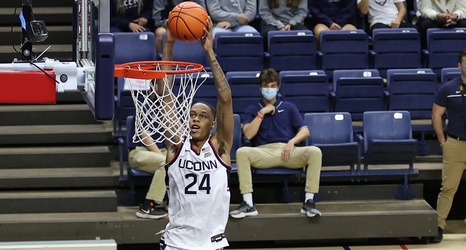 The Associated Press released its annual preseason poll Monday, with UConn men’s basketball coming in at No. 24, receiving 161 votes. Gonzaga ranks No. 1 after receiving 55 of 63 possible No. 1 votes.

This marks the first time UConn has been ranked in the AP Preseason Poll since 2016, when the Huskies were No. 18. That team went on to finish 16-17 in a season that was Kevin Ollie’s second-to-last as head coach.

The Huskies join Villanova (No. 4) as the only Big East schools ranked in the preseason AP Poll.