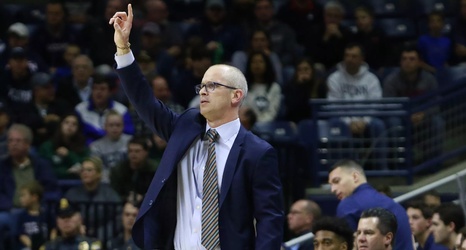 UConn men’s basketball kicked-off its 2020 recruiting class with a big pickup as small forward Andre Jackson announced his commitment to the Huskies.

Listed at 6-foot-6, Jackson is a consensus four-star prospect out of Albany, New York. He is rated as the 76th-best player in the class of 2020 by Rivals but the No. 50 player in the class by ESPN. UConn stole Jackson from Syracuse, who had been recruiting him hard for years and hails from the Orange’s backyard. Jackson also had interest from Iowa, Maryland and UCLA.

Jackson is a super-athletic wing whose strength is driving to the rim, but he can put up highlight-reel dunks.