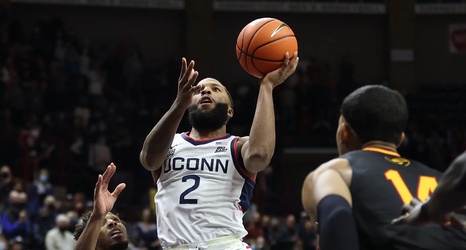 The UConn Huskies were without Adama Sanogo and Tyrese Martin, two starters expected to be out for multiple games, but it wasn’t a problem against Grambling State as Dan Hurley’s squad prevailed, 88-59.

Jordan Hawkins got off to a quick start with two threes and eight points in the first four minutes of the game. Akok Akok had not been playing or scoring much lately but was named a starter Saturday and asserted himself early, flushing down an authoritative dunk to rile up the crowd at Gampel Pavilion. He finished with 10 points, six boards, and four blocks.