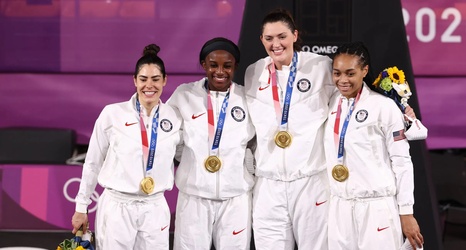 Stef Dolson and Team USA are the first 3x3 basketball gold medalists in Olympic history. In the inaugural tournament, the US defeated France in the semifinals and Russia in the final, 18-15, to claim the hardware on Wednesday.

Dolson is now the 10th former UConn player to win a gold medal at the Olympics.

The Americans jumped ahead 6-1 early in the gold-medal game and built up a 10-5 lead. Russia closed in but could never get the deficit below three points. In 3x3 a basket is one point and a shot behind the three-point line is two points.