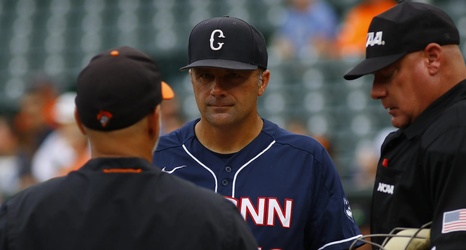 UConn baseball’s hopes of an at-large bid to the NCAA tournament were dealt a serious blow this weekend after a sweep at the hands of a resurgent Georgetown team in the final series of the regular season.

The Huskies were blown out in the first game and Georgetown walked off games two and three to earn its spot in the Big East tournament. Prior to this weekend, UConn hadn’t lost a series since Texas Tech in 2021, and the loss broke the Huskies’ streak of 22 consecutive series wins.

UConn gave up 14 hits, including seven home runs in the blowout loss, the Huskies’ largest of the season.