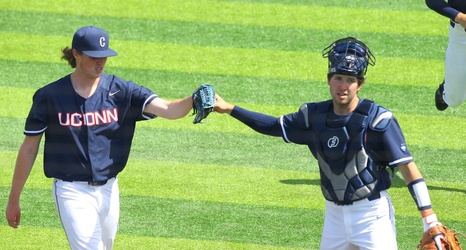 UConn baseball suspended their 2021 season due to COVID-19 concerns after picking up a 6-0 win over Georgetown on Saturday.

According to head coach Jim Penders after the game, the Huskies had “a couple positives” on Friday and those player were put into quarantine. On Saturday morning, Penders said a player reported that he was sick before the game and got himself tested. UConn received the news that the test was positive in the middle of the game, and the two team doctors mutually agreed that the rest of the series would be canceled. The Saturday game was called after 7.