UConn baseball cancels game vs. Bryant due to COVID concerns 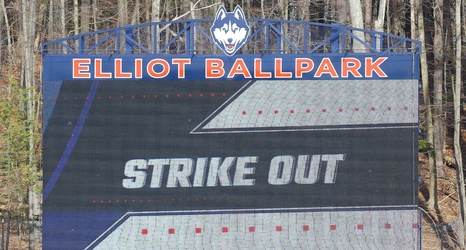 UConn baseball has canceled its game against Bryant on Tuesday due to COVID protocols within the Bryant program, according to a Sunday announcement.

This will be UConn’s third regular season game canceled due to the COVID-19 virus, after positive tests within the Storrs program led to the cancellation of the final two games of the Georgetown series. None of the canceled games will be rescheduled.

UConn had multiple positive tests before the series against Georgetown began, but continued on with those players in isolation. Head coach Jim Penders received news of another positive COVID test in the middle of the first game of the Saturday doubleheader.