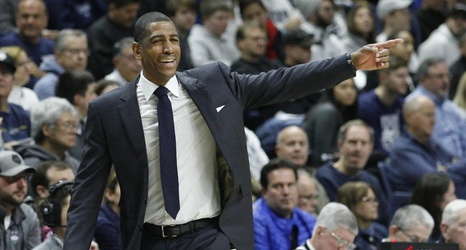 Kevin Ollie is getting back into coaching. The former UConn men’s basketball coach has been hired as the head coach and director of player development for Overtime Elite, a new alternative basketball league for elite prospects between 16 and 18.

“My time away has reaffirmed that my purpose and true passion is coaching,” he wrote in an op-ed on The Athletic.

“There is no better fit as coach for what we’re trying to accomplish than Kevin Ollie,” OTE Commissioner and President Aaron Ryan said in a release. “Kevin’s resume speaks for itself, highlighted by a 13-year NBA playing career and winning NCAA championships as both a head and assistant coach.