How UConn baseball advanced to its first Super Regional since 2011 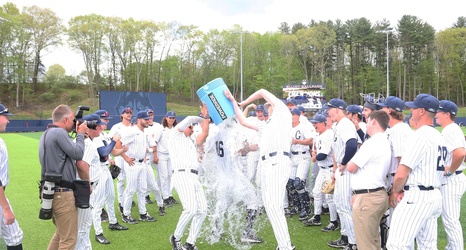 UConn baseball made its first Super Regional since 2011 and set the program record for wins in a season with its 49th victory on Monday night, an 8-7 decision over No. 15 Maryland in the seventh game of the College Park Regional.

The Huskies were the 3-seed in the regional, along with the Terrapins and Wake Forest, each of which were in the top-10 in the RPI, as well as LIU. Jim Penders’ club had put together an impressive regular season but received an appropriate seed.

Despite a gaudy record, UConn had faced just one Quad 1 opponent all season in a single game, nine more against Quad 2 schools and 33 of its 59 contests against Quad 4 opponents, which lead to an RPI in the low 40s.