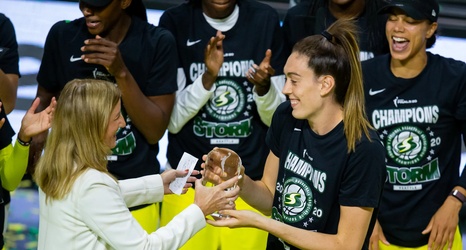 Four current and former UConn players have been nominated for 2021 ESPYs.

Breanna Stewart is in contention for both Best Athlete (Women’s Sports) and best WNBA Player while Crystal Dangerfield is a candidate for Best Breakthrough Athlete. Andre Blake is one of four players in the mix for Best MLS Player.

Paige Bueckers — the only current UConn player on the ballot — is nominated in the category of Best College Athlete (Women’s Sports).

Last season, Stewart came back from a torn achilles and won her second WNBA title (and finals MVP) with the Seattle Storm.