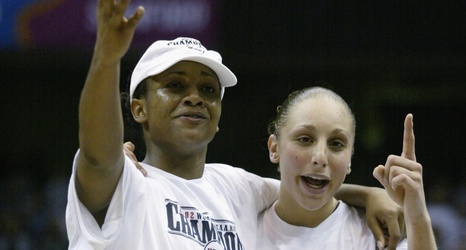 Former UConn forward Tamika Williams-Jeter has been named the new head coach at Division III Wittenberg University in Springfield, Ohio, the school announced on Friday. Williams-Jeter, who played for the Huskies from 1998-2002 and won three national championships, had spent the last two seasons as an assistant coach at Ohio State.

“I am extremely honored to continue to help young minds grow, to engage in my Dayton and Springfield community, and create a winning culture on the court. I want to do everything I can for Wittenberg University,” Williams-Jeter said in a release.

Wittenberg’s athletic director is Brian Agler, a former WNBA coach who selected Williams-Jeter with the sixth pick in the 2002 WNBA Draft as head coach of the Minnesota Lynx.