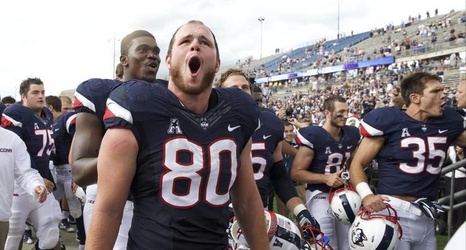 What did we learn from the Huskies' win over the Black Knights?

EAST HARTFORD—Despite a late push from Army, UConn held on for a 22-17 win Saturday afternoon at Pratt & Whitney Stadium at Rentschler Field. The win moves the Huskies to 2-0 for the first time since the 2008 season, which ended with a win over Buffalo in the International Bowl.

Here are some takeaways from Saturday's victory.

1. This defense is GOOD.

Except for two big scoring plays, Army could not get much going offensively. UConn displayed a strong defensive effort against the triple option, which bodes well for the Huskies' home date with Navy in two weeks.