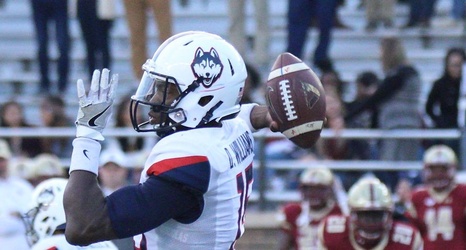 During UConn football’s camp last August, head coach Randy Edsall approached then-quarterback Donovan Williams about potentially playing special teams if he wasn’t one of the top two options under center— no mention of a position change.

But the next day, Williams entered Edsall’s office and said he’d not only be open to playing special teams but also moving to wide receiver in order to get on the field more. Now with a season under his belt at out wide, he’s starting to settle into his new role.