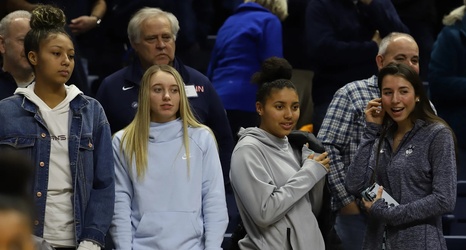 Incoming freshmen Azzi Fudd and Amari DeBerry are the latest Huskies to add gold medals to their resumes, as USA Basketball completed an undefeated run through the FIBA U19 Women’s World Cup with a 70-52 victory over Australia on Sunday. The team successfully defended the United States’ 2019 title, where Paige Bueckers was named the tournament MVP. In Bueckers’ absence, Iowa’s Caitlin Clark took home the 2021 MVP award.

Fudd started six of the United States’ seven games in the tournament, including all four knock-out round games, averaging 9 points and 3.9 assists in just shy of 24 minutes per game (the second most of any Team USA player only to Clark).