Andre Jackson is hungry for more 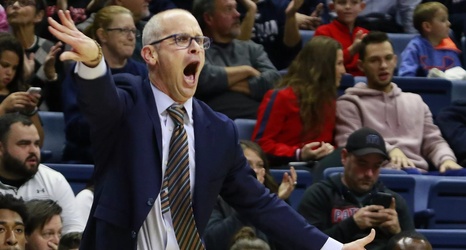 When UConn men’s basketball head coach Dan Hurley plucked Albany native Andre Jackson out from under Jim Boeheim’s hairy nose, many thought he was an instant-impact type of player. Hurley even said before last season that Jackson’s freshman year would be similar to star guard James Bouknight’s.

A ‘natural leader’ with otherworldly athleticism and ball-handling, Jackson had high hopes for a fast start in Storrs.

But much like everything else in 2020, it didn’t quite go as planned for Jackson. A balky knee last summer impacted his offseason and a broken wrist in the fall prevented him from making an early-season splash.