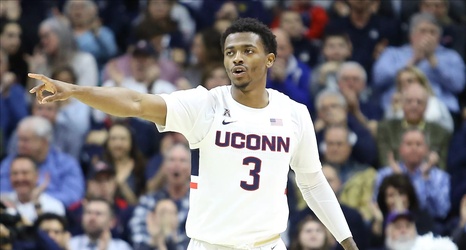 After four tough years, Alterique Gilbert is moving on from UConn men’s basketball. After being honored during senior night this season, the redshirt junior has entered the transfer portal with one year of eligibility remaining, Dan Hurley announced on Thursday.

Gilbert played his only full season in Storrs this past year, averaging 8.5 points and 3.8 assists in 27.2 minutes per game. He opened the campaign as UConn’s starting point guard but turnovers and poor decision making plagued him for much of the first half. Gilbert sat out the Huskies’ home win over Temple but returned to the team and began coming off the bench.