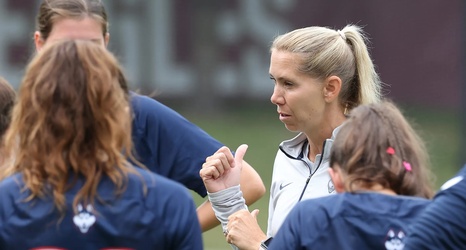 On Thursday, UConn women’s soccer will kick off its fifth season under head coach Margaret Rodriguez when it heads to West Point to take on Army (7 p.m., ESPN+).

The Huskies have made steady improvements every year since she took over, rising from 211 in RPI during Rodriguez’s first year in 2018 to 79th last season. Now, they’re looking for a breakthrough campaign that pushes them back towards the national spotlight — namely the NCAA Tournament, which the program hasn’t been to since 2016.

UConn should take another step forward this year, but whether it’s enough to push into the 64-team field will depend how much individual players improved over the offseason.