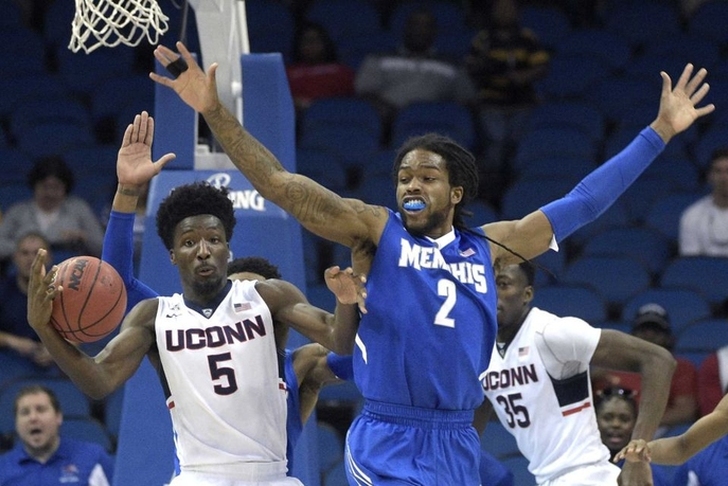 Connecticut opened the game on absolute fire, building a 20-7 lead in the first 10 minutes of the game and were able to maintain a double-digit lead for the rest of the first half. That lead ballooned to 16 at the start of the second half, and though Memphis was able to cut it to four, UConn quickly regained a comfortable margin.

UConn (24-10) gets the AAC's automatic NCAA Tournament berth with the win, and they're expected to be anywhere from a No. 7 seed to a No. 10 seed. They were projected to be out of the NCAA field before the AAC Tournament.

Memphis drops to 19-15 on the season with the loss, and they will not make the NCAA Tournament.