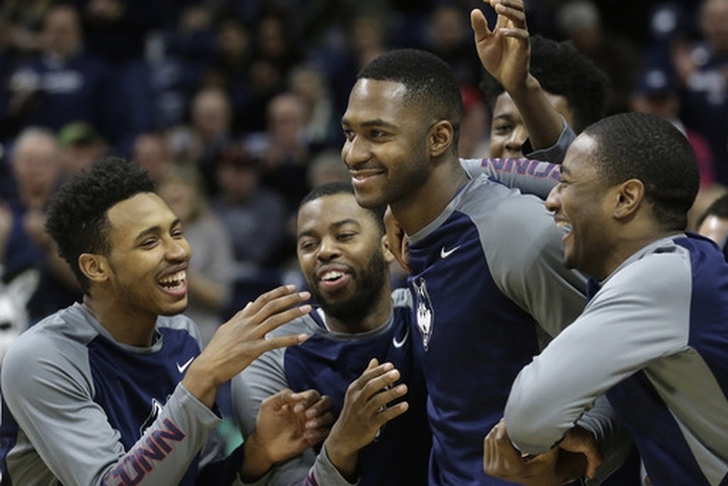 The UConn Huskies were on the bubble when the AAC Tournament started, but earning the conference's automatic put the Huskies back in the NCAA Tournament for the first time since winning the title in 2014. Here's everything you need to know about UConn this year:

UConn has a team full of balanced, talented, team-first players, but no one stuffs the stat sheet like Hamilton does. He leads the team in rebounds and assists, along with being second on the team in points. He needs to become more efficient on the offensive end, as he's shooting just 39 percent from the field, but he's easily UConn's most valuable player because of the many ways he impacts and controls the game.

Head coach Kevin Ollie has turned the Huskies into a defensive juggernaut during his tenure with the team. UConn ranks 15th in the country in points allowed per game (63.2), 29th in blocks per game (5.0), and 17th in adjusted defensive efficiency.

The Huskies have a lot of talented offensive players on their team, and they sometimes choose to play more one-on-one because of that instead of team ball. That makes them easier to guard and throws them out of their offensive rhythm, often leading to long droughts for this team. For UConn to be successful in the tournament, they need to improve on their 13.8 assists per game average (145th in country).

Outlook:
UConn always seems to find magic in March, and this year's team is no different. Look for them to use their momentum and experience to carry them to a win or two in the tournament, but their offensive struggles will ultimately keep them from making a long run.