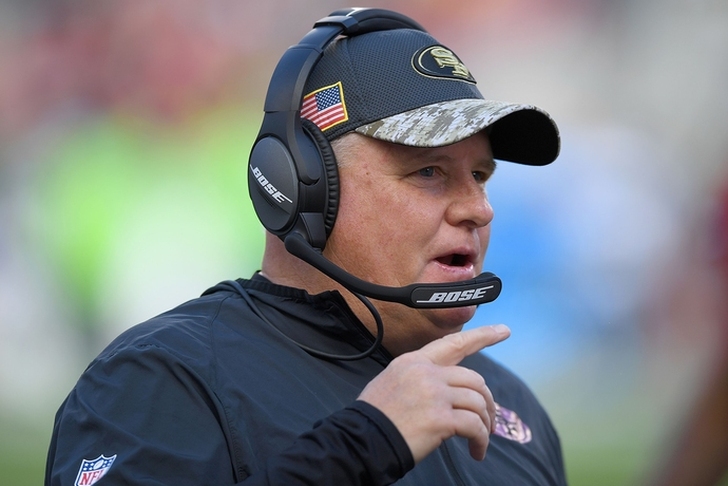 The UCLA Bruins announced they have hired Chip Kelly as their new head football coach.

UCLA officials met with Kelly on Tuesday, laying the groundwork for this deal to get done. Kelly was also a top candidate for the Florida job, but took himself out of the running on Friday after getting the offer from UCLA.

The Bruins finished their regular season with a 30-27 win over Cal on Friday night, giving them a 6-6 record.

Kelly spent this season as a college football analyst for ESPN following a one-year stint with the San Francisco 49ers in which he went 2-14. He was extremely successful in his four-year tenure at Oregon from 2009-2012, posting a 46-7 record and leading the Ducks to a BCS bowl game every season. Kelly left Eugene for the Philadelphia Eagles, where he went 26-21 in three seasons before getting fired.

Follow our UCLA Bruins team page for all the latest UCLA football news!