UCLA vs Oregon: How to watch, TV schedule, game prediction 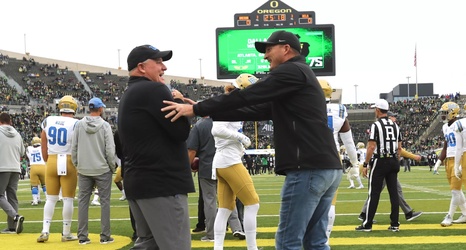 The UCLA Bruins are taking on the Oregon Ducks today, on a short week for the Bruins, and amid a COVID-19 positive test case that may see them without multiple players.

Oregon dominated Stanford in Week 1 when it was found out just hours before the game that Mills would be unavailable to play due to what ultimately became a false positive result.