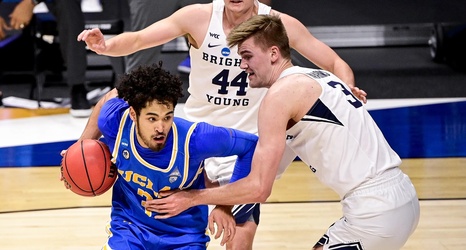 For the first time since 2017, UCLA has advanced past the first round of the NCAA Tournament. The Bruins defeated the BYU Cougars 73-62 Saturday at Hinkle Fieldhouse as their Cinderella story extends for at least two more days.

The Bruins started off like a team that was warmed up for the tournament, the benefit of having to start early with the First Four on Thursday. They went up 12-5 while BYU missed its first six shots and first two free throws.

That momentum carried through the first half, as UCLA shot 50 percent from the field.