UCLA Heads into Utah and Secures a Nice 69-58 Victory 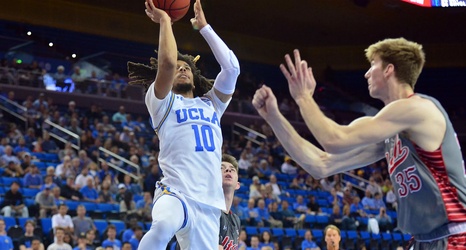 I want to talk about a tweet I sent out in the second half, because it pretty clearly establishes my thoughts on where the UCLA Bruins men’s basketball team is at this point of the season:

At the time, the Utah Utes had gone on a bit of a scoring spurt to cut the UCLA lead to 12. The Utes would cut the lead down to seven with about 1:44 left in the game. And yet despite all that, and despite being on the road, in an environment where Utah had only lost one game all season, it never felt like UCLA was going to let this game get away.