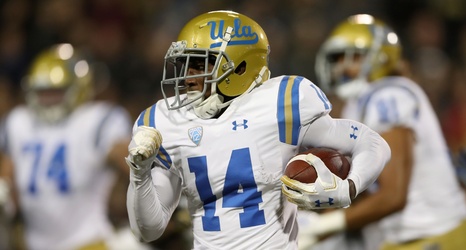 Everyone knows that UCLA football head coach Chip Kelly is all about the running game, but the passing game is equally important when you are trying to spread out the field to execute the run.

Last season, the Bruins started to make massive improvements in the run by season’s end, but they were also showing how versatile they were by going through the air. In their last two games of the season, UCLA had put some incredible numbers up in both facets of the offense.

Against USC, the Bruins ran for 313 yards and against Stanford, they had 466 yards through the air.