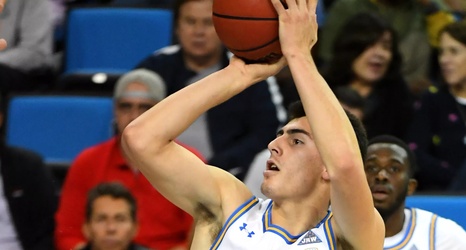 Before we start the review, let’s be clear how bad San Jose State is: not only were they one of the ten worst teams in the country from three, at least three times they caught the ball for a three standing out of bounds. This game was over before it started. The final score was UCLA 93, Washington Generals er, San Jose State Spartans 64.

In the real story, Jaime Jaquez Jr. now appears to be a starter over Chris Smith and, boy, did he earn it. Today, Jaime had 18 points on 7 of 10 shooting (he went 1-4 from three and was perfect from two) with three rebounds, three steals and four assists.