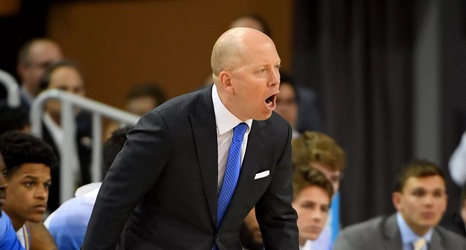 The UCLA Bruins beat the Denver Pioneers yesterday, 81-62. However, listening to Coach Cronin, it is kind of hard to tell we won. Ben Bolch writes over at the LA Times:

Listening to UCLA coach Mick Cronin talk about his team after games, it’s often hard to tell whether the Bruins won or lost....

His leading scorer, Cody Riley, displayed his ability to pile up points in a hurry but continued his bad habit of picking up fouls for retaliating against physical defenders.

Here is the quote on Riley from Coach Cronin in the post-game press conference:

He can score if you don’t double him.