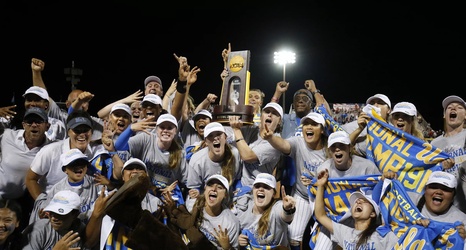 Hey! Did you know the U.S. Women’s National Soccer Team just won the World Cup? It was pretty great. Let me tell you. Shout-outs to former Bruins Sam Mewis, Abby Dahlkemper, and Mallory Pugh, along with former UCLA head coach Jill Ellis for the victory. Big, big fan of a U.S. team that knows how to actually win on a big stage.

Coincidentally, the U.S. Men’s National Soccer Team lost to Mexico in the Gold Cup Final, as is their destiny.

Watching the two soccer (or football, if you want to be that way) matches on Sunday did make me think of UCLA athletics, specifically the last athletic calendar year, because the two matches were a great metaphor for UCLA’s year: the women’s teams routinely rose up and put on fantastic performances, while the men’s side underachieved.