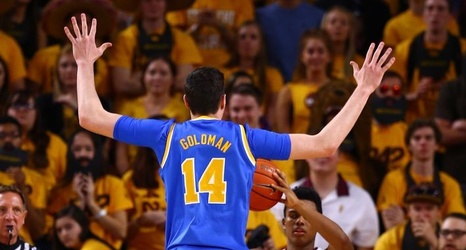 While everyone was enjoying UCLA football's win over the Beavers, UCLA's basketball team was apparently enjoying a similar dominant win over San Diego State. This was the "secret scrimmage" that the NCAA now allows teams to hold but there are no fans or reporters allowed to attend the game. Although details are a bit sketchy but from what we understand, it was a good day for UCLA other revenue sport.

UCLA had a closed-door scrimmage with San Diego State today.