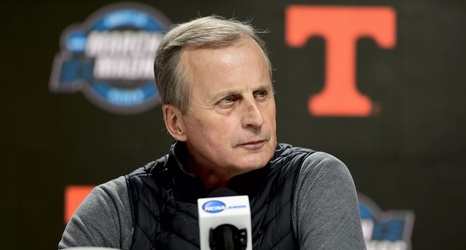 The wheel of this coaching search continues to spin, with the new target of the UCLA Bruins being current Tennessee coach Rick Barnes. Barnes, fresh off winning the Naismith Coach of the Year award this weekend, has reportedly interviewed with UCLA regarding its open head coaching position, and a report from Chris Low of ESPN reveals that he has been offered a contract that would pay him a base salary of $5 million a year.

For a short report, there is actually a lot to unpack here, but first I want to call to attention a column Ben Bolch wrote back in February, where he talked with former UCLA head coach Jim Harrick about who he thought should take over in Westwood: