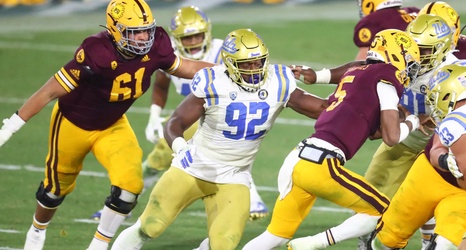 The UCLA Bruins weren’t as prominent during last month’s 2021 NFL Draft as maybe they had been in previous years, but with Osa Odighizuwa’s selection to the Dallas Cowboys in the third round, Odighizuwa could be in line early to make an impact during his rookie season.

Odighizuwa was selected with the 75th pick overall, the 11th pick of the third round by Dallas. He was the first Bruin to be selected and the fourth Pac-12 defensive player to be selected in the draft, following Joe Tryon, Jevon Holland and Levi Onwuzurike.