Josh Rosen is Gets His Chance, but Is It a Fair One? 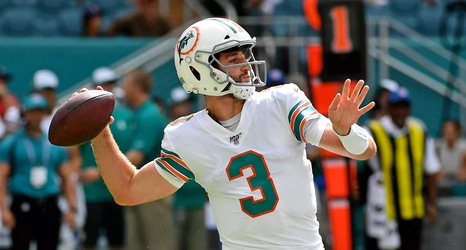 Two Sundays ago, Arizona Cardinals quarterback Kyler Murray made his much-anticipated NFL debut against the Detroit Lions. Murray, last season’s Heisman winner at Oklahoma, struggled through three quarters and the Cardinals fell behind 24-6 late. Then, Murray came alive, spurring an 18-point fourth quarter with two touchdown passes, one with only 43 seconds left to play. Though the game ended in a 27-27 tie, the Cardinals, who drafted Murray with the No. 1 pick in the 2019 NFL Draft, had to feel a little relief. It was only a year ago that they traded up in the draft to take UCLA quarterback Josh Rosen with the No.