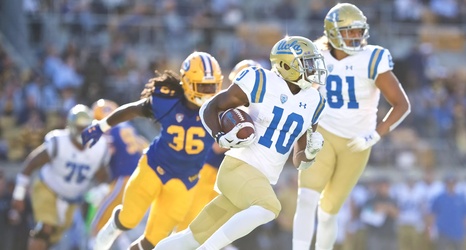 Tonight, the UCLA Bruins play their final game of the 2019 season when they host the UC Berkeley Golden Bears. Of course, that means that tonight’s game is Senior Night

UCLA will honor the 13 players who will be playing in their final game in pregame festivities. Of course, the big question on the minds of Bruin fans is likely to be: Will tonight’s game be Chip Kelly’s final game in Westwood or are the rumors of his possible departure wishful thinking made up by David Dunn, Kelly’s agent?

Let’s look at the keys to tonight’s game.