Dorian Thompson-Robinson out vs Oregon 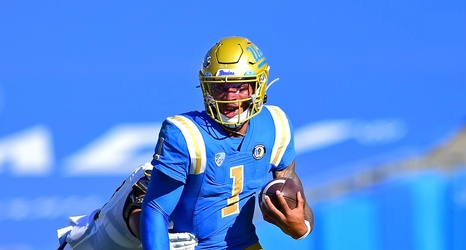 The UCLA Bruins will be without their starting quarterback Dorian Thompson-Robinson when they match up against the Oregon Ducks on Saturday.

Confirmed from Mercury News’ Jon Wilner on Twitter, DTR will miss the game against the Ducks.

As noted as well, DTR’s absence now means the Ducks will have faced a backup quarterback in two of their three games this season. They found out they would be facing a backup QB situation versus Stanford to open the season, just hours ahead of the game.

While news broke suspecting DTR’s inavailability earlier this week, it was confirmed just over an hour prior to the contest against Oregon.