No. 11 Overall Recruit And Top LB Mique Juarez Commits To UCLA Over Alabama 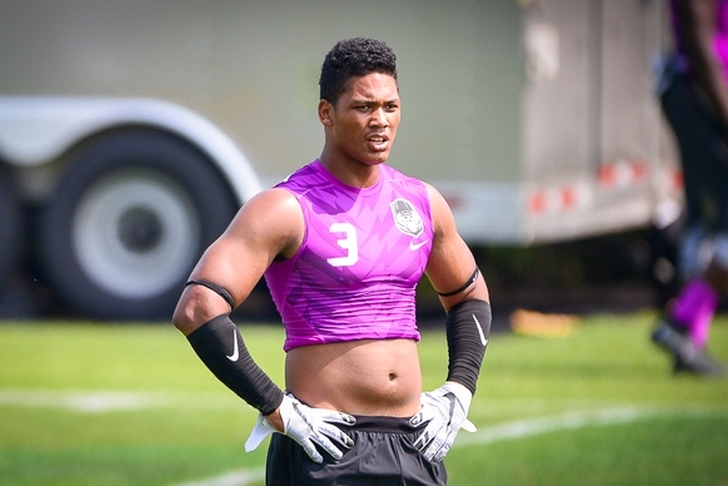 The nation's top outside linebacker has made his decision. Mique Juarez announced Wednesday that he's signing with the UCLA Bruins, spurning Alabama in the process.

It's a major addition for UCLA, as Juarez is the nation's No. 11 overall player. He's a five-star recruit and the top player from California.

The Crimson Tide made a late push for Juarez, but weren't able to land the talented linebacker from Torrance, California. Juarez immediately becomes the top recruit this season for UCLA.

Check out Juarez's highlight tape below.